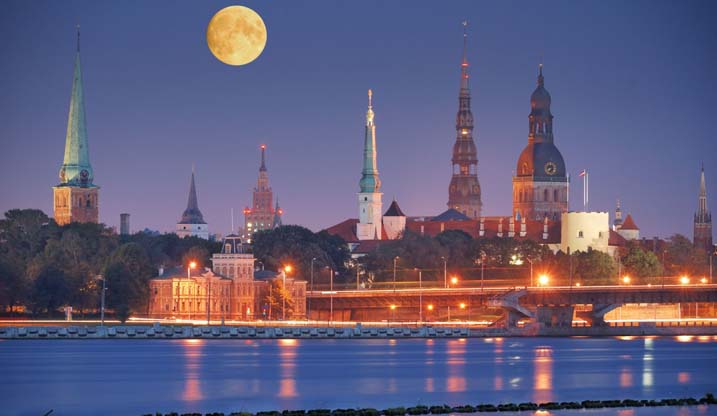 If you’re considering a European stag party then you’ve probably heard everyone go on about Berlin, Amsterdam and Budapest, and wondered whether a small city like Riga is worth your while. Well we believe that this city punches well above its weight in a number of areas. Great activities, low prices and beautiful women make for an amazing stag party destination. Here’s a brief list of the many reasons why.

With a pint hovering around the €1-1.50 mark and cigarettes a mere €3.45 there’s nothing stopping your Riga stag party from being out until the early hours. Nightclubs can be a bit pricier but generally cheaper than anything you can expect in Ireland or the UK.

Despite the low price tag there’s no scrimping on quality. With great beer, food and activities you really get your money’s worth in Riga.

A Stag party in Riga will have you spoilt for choice when it comes to activities. With shooting, winter bob sledding, yacht trips and much, much more Riga really offers something for every type of stag party, from the relaxing to the outright mad!

Not only does it have a lot of choice but the quality of activities is notoriously high in Riga where our local guides have worked hard to suss out the best stag party providers. Riga has really upped its game as it’s been working hard to steal the top spot for European stag parties from cities like Berlin, Amsterdam and Prague. As if beer, boobs and an arsenal of guns isn’t enough to get your blood pumping the city is also steeped in history making it a way more interesting destination for stag parties than some of the less charismatic alternatives. Having been heavily influenced by the Baltic and Scandinavian regions, as well as, being invaded by the Russians/Soviets three times and the Germans twice this small city has a lot of stories to tell.

That combination of culture and architecture give Riga’s central streets a great character that has contributed to the city’s nightlife. If people want something laid back after a night of drinking then a walking tour is great way to see the city and soothe the hangover. You can finish it off in one of Riga’s great bars and get a hair of the dog. Riga’s bars are all fairly close to each other so bar crawls through the streets are a great start to the night out. You may not be familiar with Latvian beer; a number of other stag party destinations like Germany, Belgium and the Czech Republic are often crowned the holy grails of beer, but make no mistake Latvian beer is delicious. Often served in medieval style jugs these beers go down incredibly easily…maybe too easily! The most common beers in Latvia tend to be variations of light and dark lagers.

While there are a number of big(ish) breweries in Latvia producing well known beers such as Aldaris, Lacplesis and Cesu the real treat comes from the multitude of microbreweries providing a beer loving Riga stag party with enough drink to leave you pissed for the next 10 years! In addition Latvian brewers tend to not use preservatives meaning the only chance to experience them is to make the trip over to the Baltics and try them for yourself. Riga is a surprisingly good stag party destination for beer lovers. Let’s face it Latvia is renowned for beautiful women. If tall, slim and beautiful is your type then a Riga stag party will make you question why anyone would ever want to get married. The women here are seriously gorgeous.

If strip clubs are on your list of things to do on the stag party then Riga has you covered with some great clubs and stunning women. We have partnerships with a number of great strippers and strip clubs but if you decide to go elsewhere we’d recommend you ensure that your guide knows the venue they’re sending you to. Ever wanted to see what it’s like to fire a Winchester Shotgun or AK-47? Well in Latvia you can do that and more. Try our Firearms Mega shooting activity and try firing 4 different guns including the Russian Vostock, a Glock, a Kalashnikov and Shotgun.

Or challenge the lads to some healthy competition with some clay pigeon shooting to put your training to the test. 7. Laser Tag – a lot more intense than it sounds

Sticking to the guns theme, why not try an awesome game of military laser tag. You’re probably thinking “laser tag, sounds like a kids game”. Well you’d be wrong. This game is seriously intense. Any stag party group that’s into video games, shooting or army stuff will love this activity. Set in a disused soviet style industrial area your group will be split into 2 teams while you compete to win a series of challenges. Be tactical to win, or go every man for themselves. With nooks and crannies and great spots to hide and wipe out your enemies you’ll truly see who the top dog is! Of course if you’re killed you can respawn by going back to your base and reactivating your gun, but don’t take too long - YOUR TEAM NEEDS YOU!

Of course you can always upgrade if you want to inflict some pain on each other and opt for paintball instead. Ultimately the real deal clincher is the great war-games setting in this unique Riga environment. Laser tag has been strongly recommended by our previous stag party revellers. Riga has great quality food. With a wide array of medieval themed restaurants catering to all types of people these aren’t just gimmicky themed restaurants but are popular with stag and hen parties, as well as, locals. We’ve sent a number of groups to sample Riga’s medieval food and have received glowing feedback. Wash it all down with some awesome Latvian beer and a shot of Vodka and you’re ready to start off a great Latvian stag party. Think we’ve missed anything? We’re always looking for your favourite stories activities and venues. Feel free to let us know so we can continue to offer deadly stag parties!