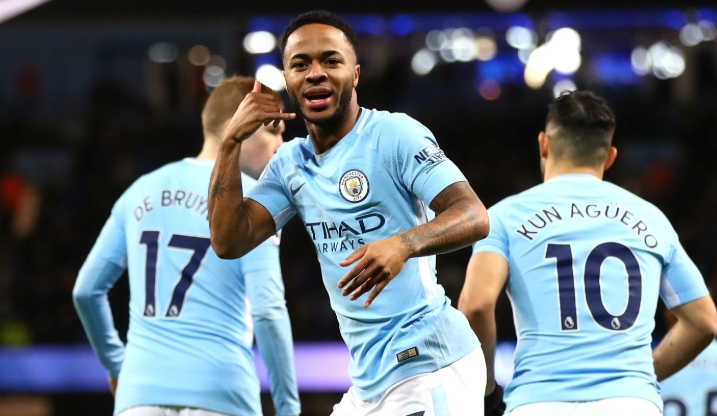 The first weekend of the inaugural The Stag's Balls Conference Fantasy Premier League is now officially done and dusted! It's early days yet but already we have one fantasy football manager in first place, out on their own, and that honour goes to Michael Masterson and his team 'Ministry FC' with an impressive 101 points. Well done Michael! Now let's see if you can manage to hold on to first place for the next 263 days.

Michael is followed in 2nd place by Padraic Behan's 'Got97PTSbutPLaintWON' and in 3rd place by Martin Gavin's 'VanBastenAngleS.C.M.'

The wooden spoon award after Gameweek 1 goes to Jen Griffin and her team 'The Betty's' on 39 points. Don't worry Jen, hope springs eternal and the 62 point gap between you and Michael is easily narrowed. With Mane and Jimenez in your team you'll be climbing back up that table in no time. I wouldn't go reaching for that wildcard just yet.

Perhaps the most interesting battle after Week 1 is the battle for 4th place with four players all level on 94 points - Stephen Moore's 'Schlongford Town', Raymond Wright's '6 EuropeanCup RedsFC', Chris Roche's 'Logan's Dreamteam' and Ken Smiths '1 leg geordie'. I wonder will they all still be neck-and-neck come 17 May? If it were down to team names, I'd be tipping Stephen Moore every day. 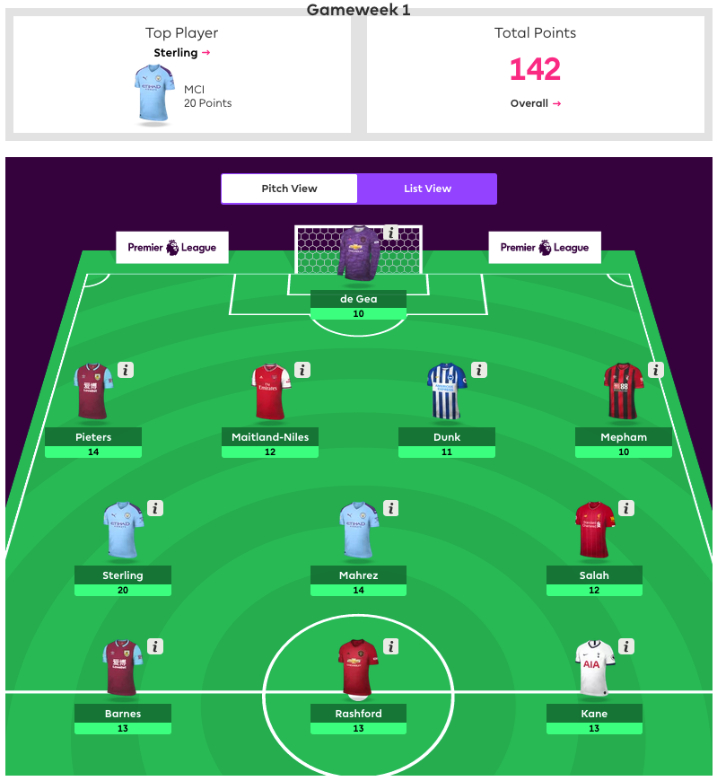 Three of the star performers from Gameweek 1 were the old reliables Mo Salah, Harry Kane and Raheem Sterling, so if you had any of these guys in your team (like me) well then you're more than likely sitting somewhere mid-table waiting for your opportunity to pounce. Better still, if you had any of these lads in your team as captain and took a punt on playing your 'Triple Captain' then you are well and truly laughing!... (jammy gits).

On the injury side of things, Alisson's substitution after 39 minutes on Friday evening most likely left a lot of Fantasy Football Managers cursing at the TV. Not to fret, it's nothing too serious and he will most likely be back for Gameweek 3. In the meantime, looking at Gameweek 1's best performing goalkeepers, Ryan for Brighton (9 points) and Pope for Burnley (8 points) both offer excellent value as back-up at £4.5 mill each.

Others to watch from Gameweek 1 were Lewis Dunk at right-back for Brighton who scored 11 points and Ashley Barnes up front for Burnley who scored 13 points... with 3 home matches over the next four Gameweeks for Brighton, I think i'll be drafting Dunk in to my team.

Check out The Stag's Balls Conference League standings after Gameweek 1.