Top 10 Tips for Proposing to Your Girlfriend 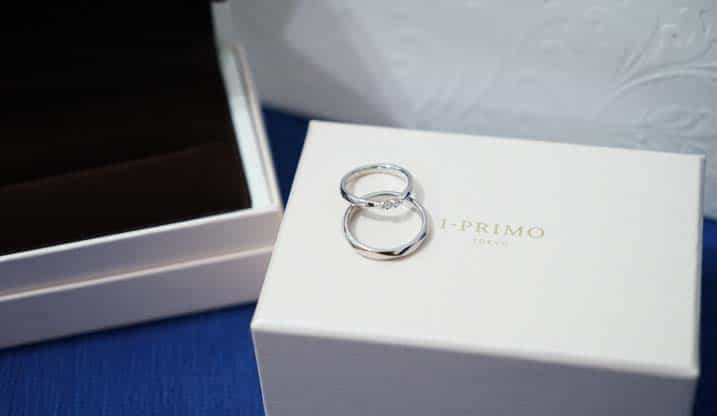 Thinking of the perfect idea for how to propose to your girlfriend can be a major pressure builder. We love seeing newly engaged couples flocking away on their stag and hen parties...but the proposal is one thing you really need to get right first.

Most women dream about their ideal marriage proposal from the time they're little girls, right through to the moment you say 'Will you marry me?'. But for others it’s nothing like a Disney film and they have zero interest in being treated like a princess. Knowing your potential bride-to-be and what she wants makes all the difference when planning your proposal.

Let’s be clear - it’s all about the bride. Just because you want to show off your lady in front of a crowd doesn’t mean you should, she may find it totally cringe-worthy. Or she may completely love the attention and being surrounded by her loved ones. The point is, you really need to think your proposal plan through before she can say 'I do'. So here’s our selection of a few tried and tested ways to propose.

Sometimes the simple proposals can be the best. There’s a reason why so many dates take place over a lovely dinner. In the right restaurant, you’ll get a great meal, the wine is flowing and the dim lighting make it a great romantic setting. Perfect setup to start reminiscing about when you first met and the great times you’ve had.

You can combine this with a number of options:

If you do go for this option consider if it's a really busy place. If they have a more secluded part, see if you can get access. Also you don't have to get down on one knee. You can ask while sitting down and working into the formality of taking a knee as you get into the moment. It's all about knowing what she would like. 2. Base your proposal around the place

Does she have a favourite place that she always loves visiting? It could be the top of a mountain that she loves hiking, her favourite roof top bar or restaurant or a cabin in the countryside that you guys visited when you were in the early stages of your relationship. Anywhere that feels romantic or that is very special to her make the ideal proposal location.

Just watch out dragging her on an exhausting hill climb and asking her when she's out of breath and sweating like a cat, with a long tail, in a room full of rocking chairs! She's going to want to take photos to remember the moment and she won't thank you if she's a mess. If there’s a hobby or pass time that she absolutely loves then think of someway you can incorporate them into your wedding proposal. Of course, if her hobby is boxing or a quiet yoga class then you bursting in and declaring your undying love might not fit too well. But if she loves horse riding then taking her for a horse ride through the countryside is an easy winner, followed by your proposal is a no brainer. Or if you both enjoy a quiet early morning run, then a romantic proposal at sunrise might be a runner (...sorry). If you’re looking for somewhere romantic then parks, lakes, mountains, forests and beaches can make a great natural background to set the scene. This is perfect if she’s very outdoorsy. Try and pick a time when the place isn’t swarming with tourists and you should have a great outdoor proposal.

One of our team members proposed on a private cove in a sea cave that you can only get to by seak kayak whilst on holidays in Europe. It took planning but it made for the most romantic marriage proposal in a secluded and memorable place.

A word of warning though, watch out in places where you could drop or lose the ring. If that ring goes over the edge of a cliff or takes a dive to the bottom of the ocean - it is GONE!!! Get creative and spell out your proposal in a stand out way.

It’s visual, it stands out and it can be made really personal with a little thought about location or the message. If she’s creative herself, she might really appreciate it. If she’s a graphic designer, photographer or a pastry chef you can easily incorporate her passion and your love for her into one solid proposal. Or if you have a job that requires some creativity then you can put your own spin on the proposal, particularly if she likes your creations. 6. Get friends and family involved

This enters into the whole area of public or private proposal. Just having a small group of close family and friends can be perfect for a lady who wants a little attention but not in the middle of a football stadium surrounded by loads of fans pissed out of their skulls.

You really want to be careful with any type of public proposals. If she's not into them or if she's shy, they can go down like a lead balloon. But if she's a family-oriented person and you think she'd love to say 'I do' in front of her nearest and dearest, then this might be the proposal idea for you.

It's worth noting here that, if she has kids or you do, then it can be really special to involve them in your proposal plan somehow. It helps to show that you're building a new family together and that you all come as a package. If she does have kids, you're asking to become a husband and a step-dad, so you might be inspired by this sweet proposal that a groom made to his soon-to-be step daughter, asking her if he could be her dad, and what it would have meant to the bride and daughter.

Public marriage proposals are a major dividing point when it comes to popping the question. We see them all the time on films and TV shows but, bear in mind, most of those corny films are written by men. In fact, the majority of women admit to not liking public proposals. It’s not very intimate, after she has (hopefully) said yes you have no space or privacy to be alone and it places an enormous amount of pressure on her to say yes.

Ultimately our advice is make damn sure your girlfriend is into public displays of affection. Watch some comedies together and if at a public proposal she’s cringing and watching with her hands covering her face unable to watch, then she is most definitely not that type of girl. On the other hand if she openly says “how cute” when he declares his undying love for her, then maybe she is into them. But even then, that’s not an invitation for you to do the same. She might find it cute until she finds herself in that position.

If you’re really not sure try asking one of her friends or sisters. They should know instantly whether she would like the idea. Our advice is, if you’re not 100% sure then don’t risk it!

At the Rio Olympics, the Chinese Diver Qin Kai proposed to his girlfriend He Zi after she had just won a silver medal for her performance in the three-metre springboard. Although she said "yes" it quickly received criticism from commentators (many of whom were women) that felt it stole the spotlight from her on what should have been the proudest moment of her life. Wow. That’s one hell of a proposal. Let's just hope it's remembered for the romance and not the potentially crushing stealing of the spotlight! For the record, here at The Stags Balls HQ our whole team give a firm "no" to public proposals. The only one getting embarrassed should be the groom on his stag party!

Of course the complete flip side to this is a well laid out romantic return home where your partner walks into the house and the place is adorned with flowers, candles, balloons and either finds you prepared to ask the four magic words, or finds the ring in its box facing her.

The major benefit to this is, it’s intimate and romantic but most importantly the whole evening can then turn into dinner and champagne after the proposal. This is a way you truly tell your partner how special they are to you. 9. Intimate proposal in hotel away

Plan a getaway with your partner and, when you go out for an evening of wining and dining, organise with the hotel to have flowers, candles and champagne arranged in your room. Let her walk in first and when she turns around you pull out the ring and take a knee. Ever seen the Simpsons episode where Homer sends Mr Burns a box of chocolates with a picture of the family underneath? Well this is the same idea. Contain the message in the dessert. Just make sure the word “Marry” isn’t hidden under the fruit & nut chocolate.

Otherwise, you can always add this in with the restaurant idea and ask the pastry chef to spell the words out for you on the side of the dessert plate.

If you decide to include the ring in the actual presentation we'd strongly advise that it's clearly visible in a way that she won't take a spoon and swallow the bloody thing. Not very romantic. If you take one thing away from our top proposal ideas, we'd strongly recommend that you keep it simple and romantic. Proposals don't need to be over the top to be special, and frankly the bigger they get, the bigger the risk of creating something hamfisted and cheesy.

Create a special moment for your fiance-to-be in a way that suits who she is, what your relationship is and where you'd like to take it in the future. She'll love you for making an effort with any propoal you plan and we're sure everything will go off smoothly. Good luck!