The Best Nightlife In Edinburgh 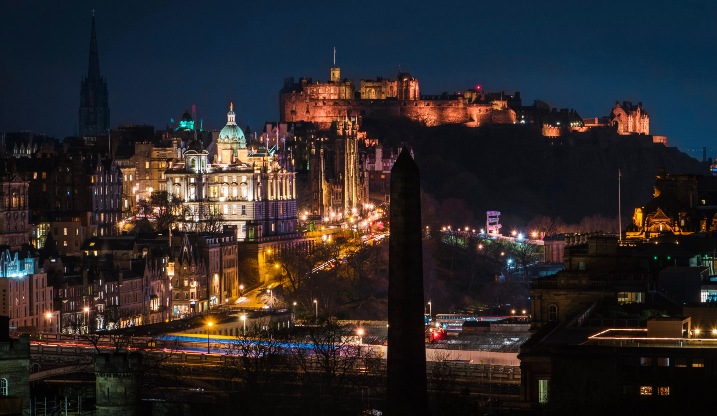 Ah...Edinburgh. Known to locals as Auld Reekie, Embra, Edina, or The Athens of the North, Edinburgh is a vibrant city and world-class destination. Famous for its Royal Mile (which isn’t a mile at all), Edinburgh Castle (popular with tourists thrilled it was built close to the train station), and the world’s largest arts festival (making locals grumpy each August since 1947).

On top of all this, it’s a great spot for a pub crawl for your stag night or stag weekend. If you’re planning an Edinburgh stag do, this is our guide to the best of Edinburgh nightlife.

Although technically not a bar, it does have the largest range of whisky in Scotland, with more than 3,500 bottles. Book a tasting tour to kick off your stag do and grab a wee dram or four to road-test some of the best whisky in the world..

Brewdog is a popular anti-mainstream Scottish brewery, established in 2007. Its Edinburgh HQ is a former karaoke bar, renovated with stainless steel fixtures, reclaimed furniture and lots of exposed brickwork. Basically, it’s one of the coolest stag party bars in the Old Town.

Brewdog offers 82 of its own craft beers (Elvis juice, anyone?), alongside a carefully selected range of guest draughts and ciders. If you’re peckish while there, there’s a fully operational OG pizza oven. Brewdog has quickly established itself as one of the best bars in Edinburgh.

CTH opened in 2019 and has already proven popular with the stag weekend crowd. Set over three stories and with a rooftop terrace overlooking Edinburgh Castle, the former church has the added advantage of having its own brewery on hand.

As well as its own-brand beers, it has a range of cocktails, prosecco, whisky (obvs), and a locally-sourced menu. It’s also a great place to catch watch football or rugby games if your stag party has an early kick-off time.

If you don’t know the story of the best wee dug in Scotland, then ask while you’re getting your round in this traditional Celtic pub. It’s one of the most historic and best Edinburgh pubs and an excellent stop on any stag night.

Greyfriars specialises in cask ales, gins, and whiskies, but also offers hearty pub food. Remember to bark at the statue of Bobby outside the bar for good luck when you leave. It’s traditional.

We’re kidding. Rubbing the nose of the statue was considered good luck until it started to fall off. Now, if you want to pay your respects, you can leave a stick on his grave. Seriously, it’s covered in them. 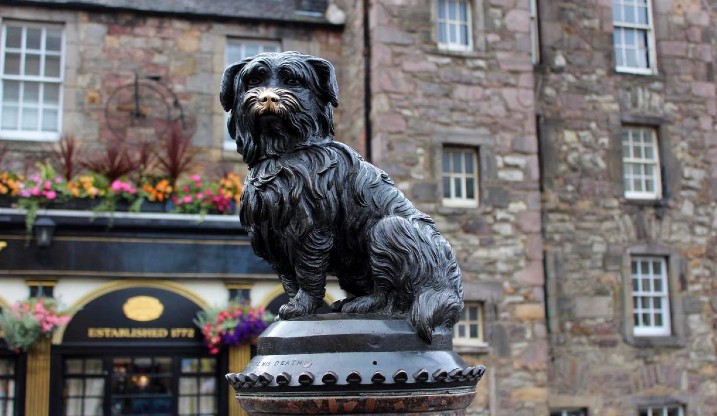 Hidden beneath the Old Town streets and accessed via a series of solid brick archways, Cabaret Voltaire has two huge dancefloors and is open seven nights a week. Music is mostly electronic, with a great rota of resident DJs.

If you’re a fan of retro video games, you can book the Barcade and challenge your stag night mates on games machines and classic SNES consoles.

The Bramble cocktail bar is somewhat difficult to locate, but that’s part of its charm on a stag do. If you spot the teeny plaque announcing its existence, then head down the stairs into this cellar bar and ask the bartender to mix you up a concoction of your choice.

Although there’s an established menu, they’re generally happy to let you come up with your own. Bramble is one of the smaller Edinburgh clubs and plays mostly R&B music until the wee small hours.

The Dome is an institution of Edinburgh nightlife. If you’re looking for things to do in Edinburgh and don’t pay it a visit, your stag do experience won’t live up to its true potential.

The Dome is almost as famous for its Christmas lights and enormous pillars as for its contribution to the reputation of Edinburgh clubs. It’s more upmarket than your regular nightclub, so looking smart is key. The prices reflect the surroundings and the cocktail and craft beer menu are worth hanging out for.

Supercube is an ultra-modern karaoke bar where you and your stag party can sing your heart out (or just laugh at other people singing) until 3am. The songbook has more than 53,000 titles and, yes, they have 500 Miles by The Proclaimers. Just don’t try to do the accent.

Us Scots still haven’t recovered from Mel Gibson’s attempt in Braveheart. If you’re still not convinced you should visit a karaoke bar on your stag weekend, but please know that they sell actual buckets of beer.

Voodoo Rooms is a specialist tequila, rum and cocktail bar, famous for its golden, kitschy glamour. It offers a range of themed nights, including pub quizzes, boozy bingo, and live music. Voodoo Rooms is located within a 200-year-old building and you can’t miss it in the dark when it’s all lit up, looking creepy AF. It’s a must for stag night photos of the group. 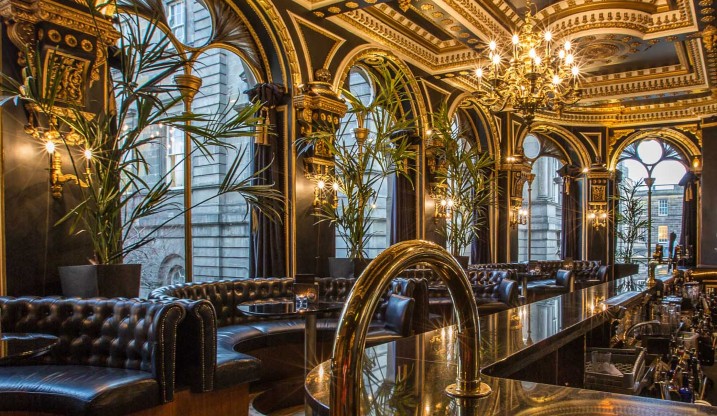 Teviot Row House is a student union building close to Edinburgh University. It has six bars in total and The Library is the most popular. As you’d expect from the name, books line the walls. BUT, you don’t have to speak in hushed tones so as to avoid the steely glare of Barbara the sombre-faced Librarian.

The Library’s a great stag party hangout and spot to experience Edinburgh nightlife, student style. The Library does a good range of 2for1 offers on craft beers and cocktails, as well as its popular pizza.

This is another excellent stag do/student hangout, with an on-site brewery that allows you to brew your own beer (have an ambulance on stand-by). The draught lists at THB changes frequently, so there’s always something new on the menu.

It’s home to some of the best beers in Scotland and works in partnership with many small breweries. At The Bat, you can taste beers that aren’t widely available in other places. This makes it one of the best bars in Edinburgh for beer lovers everywhere.

When you’re planning an Edinburgh stag do, you could do worse than popping into an establishment included on the list of world’s best bars. The Potting Shed, designed to look like a classic gardener’s hangout, is a combination of communal tables (get to know the locals), or more private seating (if you can’t understand the locals…). Also, if you’ve never had haggis, this is the place to correct that mistake.

For those unfamiliar with Scottish vernacular, a teuchtar (chook-tar) is a term used by lowland Scots to describe their Highland neighbours. This wee bar is a great hangout for stag weekend participants to road test a great range of Scottish keg, cask, and bottled beer, as well as Scottish gins and whisky.

It even sells Scottish vodka, which we didn’t know was an Official Thing. We always thought Scottish vodka was that rocket fuel old Uncle Angus used to distill in his front room with his leftover tatties.

This unapologetically traditional Scottish pub is a favourite with many locals on The Shore in Leith. If your stag night begs for no-frills surroundings, real ales, and the chance to try out a huge range of Scottish gin, then head over. Also, as the pub sits on the water of Leith, it’s known for its fresh seafood menu.

There’s no end to the range of Edinburgh nightlife you can experience on your stag night out. There really is something to suit everyone, from hipster, student, traditional, quirky, and uber-modern pubs, clubs and bars. Regardless of what your stag party is looking for, you’ll stumble across it in Edinburgh.

Luckily, being the capital of Scotland, you can rest assured the city is always up for a good time and a few drinks. Polish up on your Scottish words for alcohol (bevvy or swallie will do nicely) and don’t get too buckled wi’ drink. If you do over-indulge, please bear in mind that Irn Bru and a roll on square sausage are Scotland’s official hangover cures.

If you'd like a guided pub crawl through the Edinburgh, then check out our Bar Crawl Beauties night activity where you'll have your own sexy chaperones to show you more of the best night spots in the city. Or if your stag do lads would like to do it at your own pace, why not book a 1 Night or Weekend Bar and Club pass to make sure you're not turned away at the door like all the other stags?

For advice on planning the ultimate Edinburgh stag do, get in touch! Or browse everything on offer on our Edinburgh page – from stag friendly accommodation to epic day activities and some great local options for meals.

For more stag do planning ideas, check out: